Lovely pix from the day These cracking pix from Andy Little really sum up the fun of Yorkshire Day yesterday. Same time next year? Young Market Traders set out their stalls on Parliament Street

Forty 16 to 30-year-olds from the Yorkshire and Humber region set up stall in Parliament Street today.

They were competing in the regional final of the Young Traders Market programme showcasing the brightest and best that young entrepreneurs have to offer.

The Yorkshire Day event, hosted by Make It York, is part of the Young Traders Market programme organised by the NMTF, the organisation representing market and street traders.

Chris Price, Head of City Centre and Markets at Make It York, said:

According to Twitter, the Cone Queen was named as the winner, one of those who goes on to compete in the national finals. 
Here are a few pix of the six finalists in the York Roast Co competition to find the best new Yorkshire Pudding filling.

They were all taking part in a cook off at the Cookery School at the Grand Hotel in York today.

These were the finalists and their dishes: Perfectly timed for Yorkshire Day, the Merchant Taylors Hall on Aldwark is holding an open day.

You can explore the ancient hall, enjoy the Guild of Weavers, Spinners and Dyers’ exhibition and relax with some refreshments. Hundreds of white roses have been given out in London to celebrate Yorkshire Day and encourage people to pay a visit to ‘God’s Own County’.

A total of 365 of the flowers – an iconic symbol of Yorkshire – were handed to people travelling through London Kings Cross station by the Welcome to Yorkshire team to mark the county’s special day – and to highlight the fact that every day of the year is the perfect time to pay a visit to Yorkshire.

The LNER team were also in attendance to celebrate the launch of the new Azuma route, which will stop at York between Edinburgh and London. 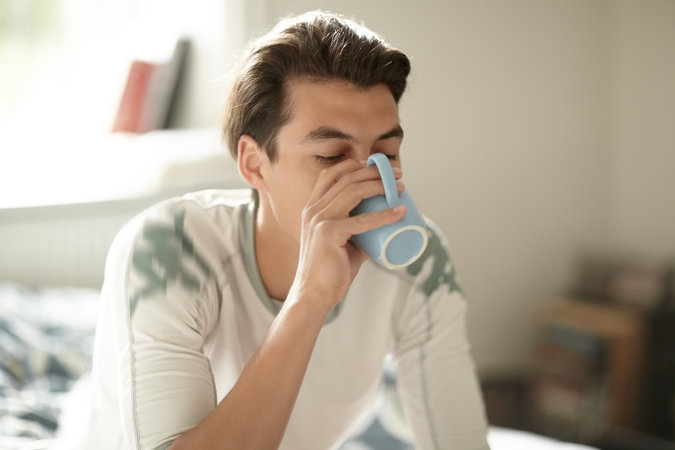 Tea news now, and new research into drinking habits has revealed that people in Yorkshire drink an average of four cups of tea every day, working out at a whopping 22.5m brews across the county.

The study by carpet retailer ScS, and timed for Yorkshire Day, looked at how many brews are being drunk across the UK as well as the most popular time to pop on the kettle.

Yorkshire’s most popular tea-time was found to be 8am, with over a third (35%) brewing at this time. York was among the top tea drinking cities (5th and 10th in a top ten list).

Top tea drinking cities and how many cups they drink daily

People are loving the big screen The big screen in York is proving popular! It’s showing an amazing film of old York footage from the Yorkshire Film Archive – see the trailer below, with a lunchtime screening of Chicken Run in between.

It was presented to him this lunchtime as part of the Yorkshire Day celebrations.

Ben became the new town crier thanks to funding from the York BID – the organisation behind most of today’s activities – and York Civic Trust.

He had been using the bell used by the last bellman of York, kindly lent by Darrell Buttery.

Today though he has a bell of his very own, beautifully engraved with the York city crest.

And after his first ring with the new bell he made an announcement about the afternoon’s Yorkshire Day activities. If you take a great selfie with the giant deckchair or floral flag today, and post it to social media with the tag #York_ShireDay, you could win a great prize.

The winner gets a stay at the Grand Hotel for two, and the runner up tickets to a show at the Shakespeare’s Rose Theatre plus refreshments. There’s everything you need for Yorkshire Day in St Sampson’s Square.

Lots of colourful deckchairs under the Yorkshire Day bunting, the York Roast Co cooking up a storm, and the big screen ready to show some fantastic old footage of York from the Yorkshire Film Archive.

It’s on all day, come on down! A new survey for Yorkshire Day by the Yorkshire-based broadband firm Plusnet shows a chasm between millennials and baby boomers’ ideas of what they consider to be Yorkshire “icons”.

Sheffield’s Arctic Monkeys look set to be a lasting icon of the region, with 21% of 18 to 24-year-olds saying they made Yorkshire what it is in 2019.

But the Bronte sisters are falling out of favour, with only 6% of millennials naming them Yorkshire icons compared with 40% of those aged 55 and over.

Gravy was another rising Yorkshire star, with 29% of 18 to 24-year-olds saying they felt the brown stuff deserved the crown compared with just 9% of respondents over 55.

But there was clear agreement over the Yorkshire pudding, with 54% of millennials and 69% of baby boomers putting the gastronomic classic at the top of the list.

The survey found that 85% of Yorkshire folk admitted to eating a Yorkshire pudding in the last three months and more than half (52%) of locals stated they could not live without the delicacy.

Some of the early bird Tweets…

Happy #YorkshireDay! So much going on, #OnlyInYork – check out the handy guide the team have put together for all the activities on offer in the city: https://t.co/KC45OOtLzR #york_shireday

When you drink one cup of Yorkshire tea and think you're from the Dales ?☕️@adilray | @ranvir01 | @iainlee #YorkshireDay pic.twitter.com/kzs2gg01il

Our 05:40 #Azuma service from Edinburgh to Kings Cross has just passed through York for the first time on #YorkshireDay! ? pic.twitter.com/72pq2AfQlb

What is Yorkshire Day?

Yorkshire Day was first celebrated in 1975 by the Yorkshire Ridings Society, formed a year earlier to protest against the local government reorganisation of the county’s traditional borders.

It is always held on August 1, a date that alludes to the Battle of Minden in Germany in 1759, which saw the Army allow soldiers to wear roses in their caps.

Among the usual festivities is the reading of the Yorkshire Declaration of Integrity in York, in all the languages used in Yorkshire since its earliest known reference in Anglo-Saxon times, including Old English, Latin, Old Norse and modern English.

This kicks off at 11.44am at Micklegate Bar.

The declaration will refer to “within these boundaries of 1,144 years standing”, which is a reference to its Viking foundation in 875 AD.

Here’s what’s on in York for Yorkshire Day 2019

After years of doing little on the big day, York is stepping up in its role as capital of the county, hosting a range of Yorkshire Day activities.

Here’s the line up…