York came together to remember those of its citizens who had made the ultimate sacrifice during a moving Remembrance Sunday parade and service.

Led by the Band of the Royal Armoured Corps, military personnel from all three services and regiments from across the city marched from Clifford’s Tower to the Memorial Gardens on Leeman Road, accompanied by veterans, cadets and civilian organisations, including Scouts, Guides and St John Ambulance.

They marched from Tower Street via Coney Street over Lendal Bridge to the City Memorial Cross where they were joined by Her Majesty’s Lord-Lieutenant of North Yorkshire, Mr Barry Dodd, the Lord Mayor of the City of York, Councillor Dave Taylor, the General Officer Commanding 1st UK Division and York Garrison, Major General Giles Hill and civic dignitaries. Wreath-laying at the Memorial Cross was led by the Lord Lieutenant, heads of all three Armed Services, veterans and other participating organisations. Following a short service, the parade was inspected and the Lord Lieutenant, the Lord Mayor, and Major General Hill took the salute in St Helen’s Square. The parade marched past along Coney Street returning to the Eye of York.

The officers and soldiers from 1st UK Divisional headquarters based at Imphal Barracks were joined by soldiers from 2 Signal Regiment for a Remembrance Service in York Minster.

The service was attended by the Lord Mayor of York, the Lord-lieutenant of North Yorkshire and Major General Hill. 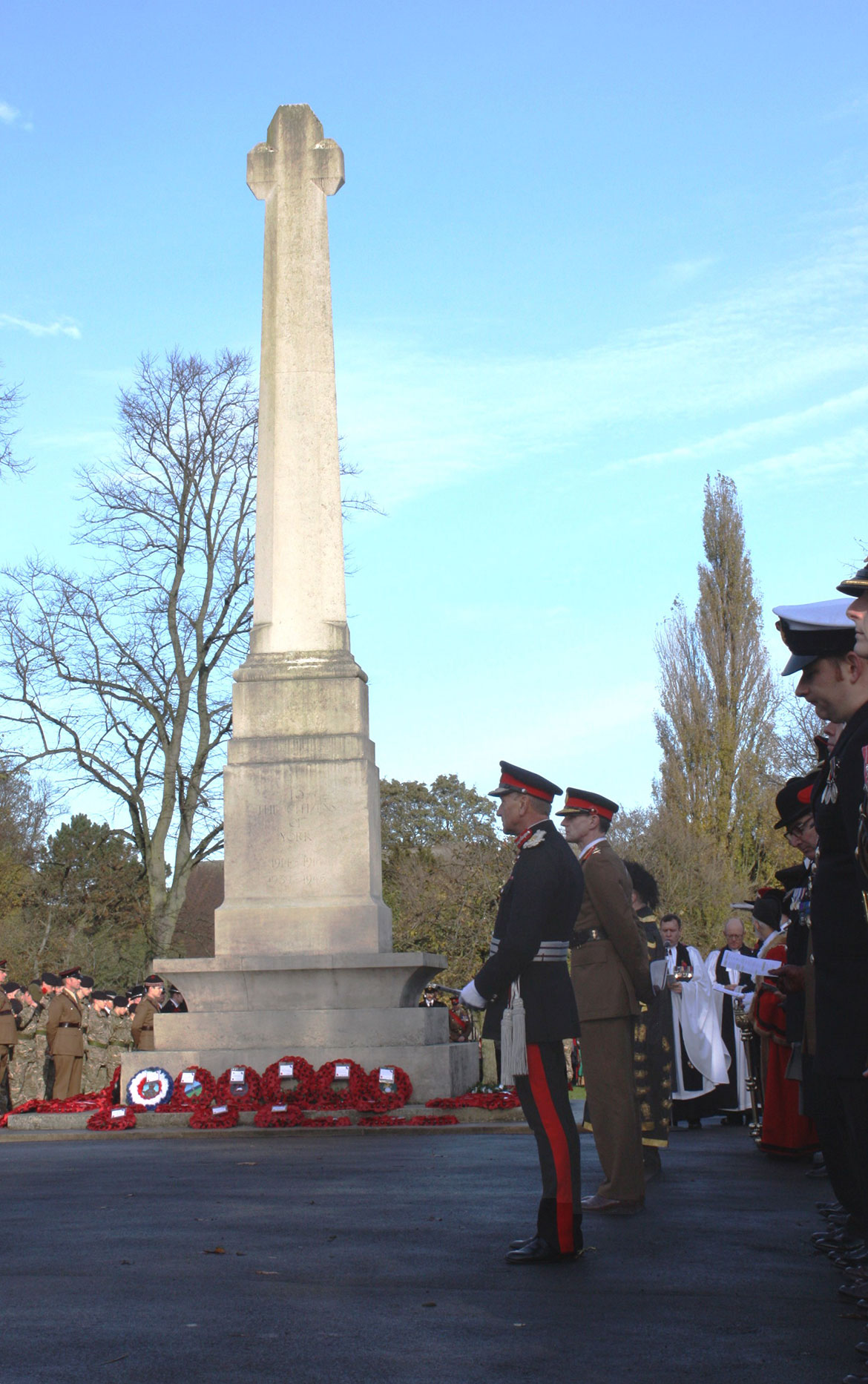 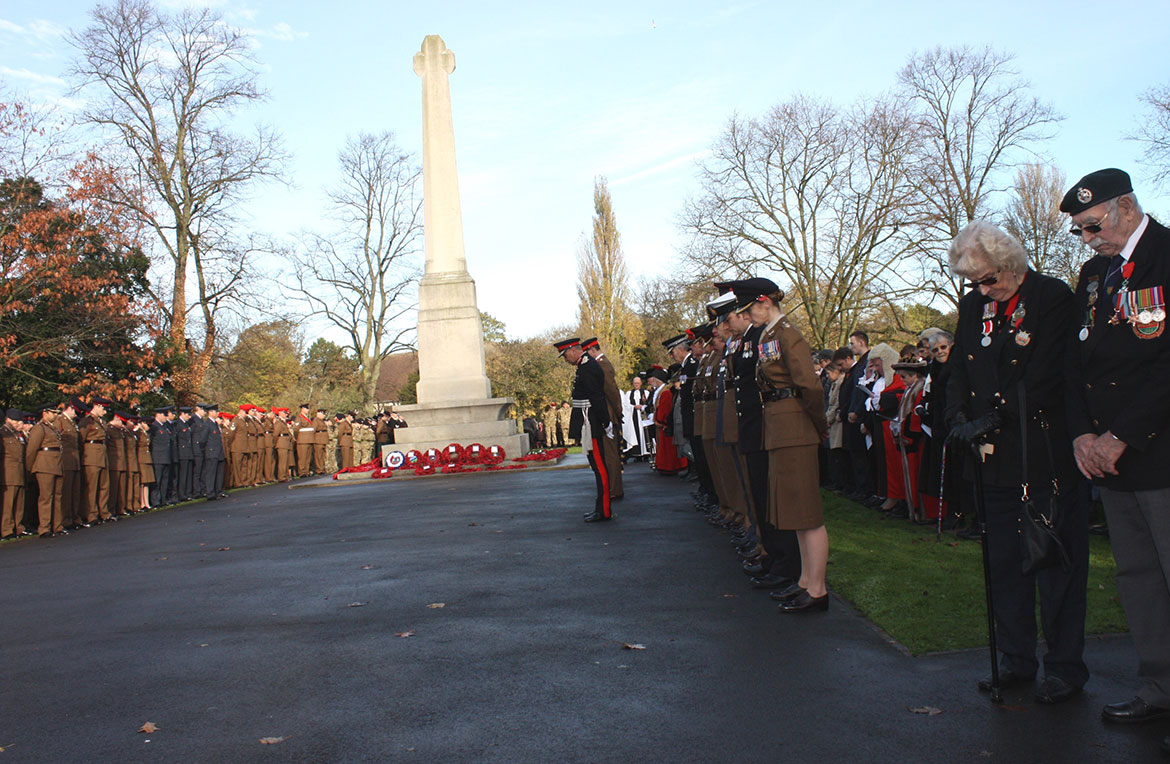 A reflection from the Gurkha Community was given and the address was given by the Assistant Chaplain General of 1st UK Division, the Rev Joseph Moesel.

The Commanding Officer of 2 Signal Regiment, Lieutenant Colonel Caroline Lewin read In Flanders Fields by John McCrae and Major General Hill read from the book of wisdom. For the Fallen by Laurence Binyon was read by the Command Sergeant Major of 1st UK Division, Warrant Officer 1 Tony McGrane.

Wreaths were laid at the altar by the Lord Mayor, Major General Hill and Lieutenant Colonel Lewin. The Dean of York Minster, the Very Reverend Vivienne Faull gave the blessing. 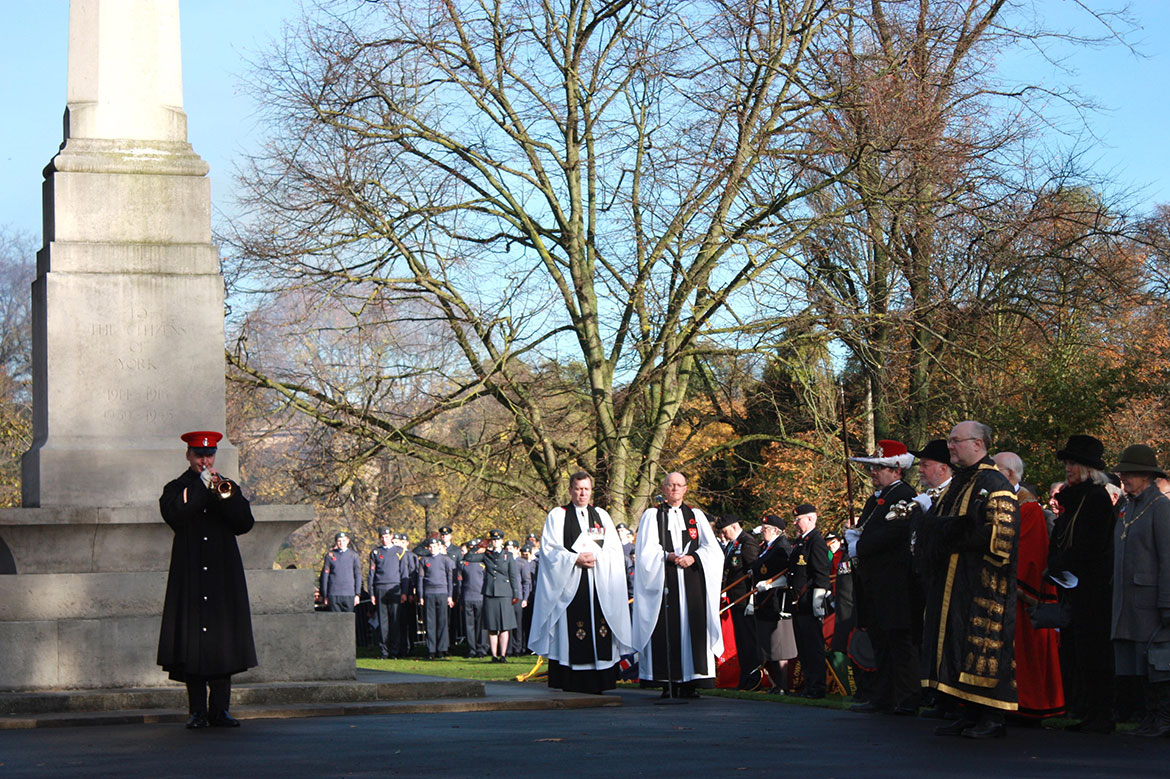