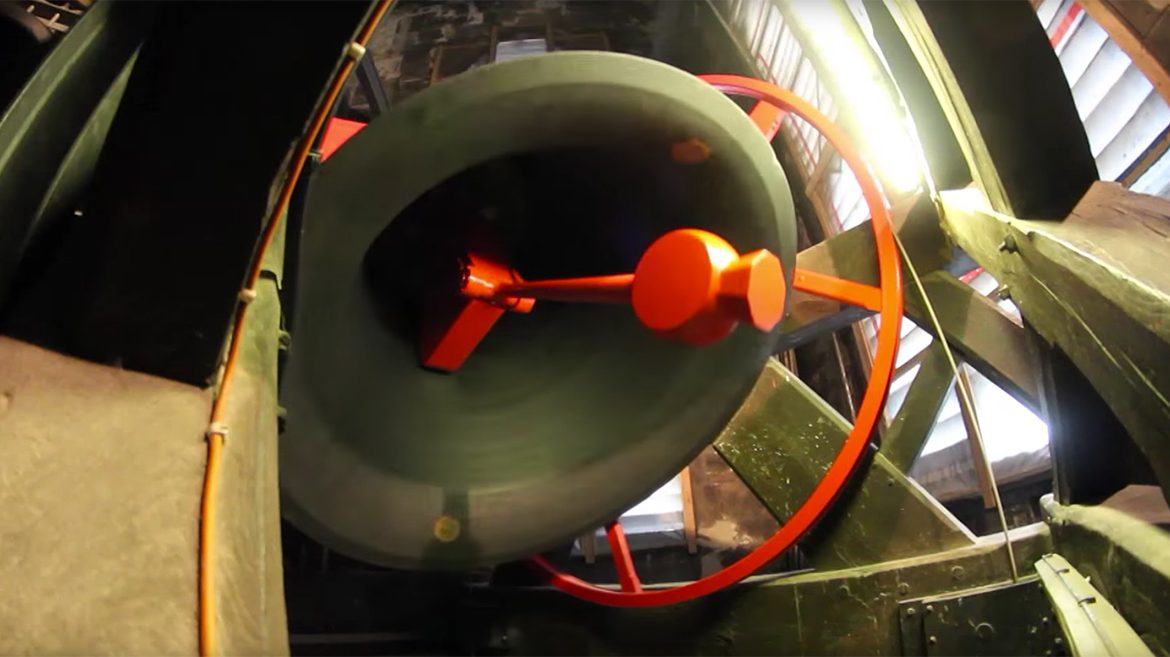 The reverberations from the York Minster bell ringing row have now echoed beyond our island borders.

News of the Dean and Chapter’s decision to disband the bell ringing team, and silence the belfry until at least Easter next year, has shocked the international bell ringing community.

The American Bell Association, based in Miami, Florida, but with members across the country, reported the news on its Facebook page, the leadership saying it was “saddened, and a little angry”.

Elsewhere European group The Children of Quasimodo posted: “Our sympathies are with the Bellringers of York Minster in England, they just got ousted from ringing for ‘administrational reasons'”.

Back home, the Lord Mayor of York, Cllr Dave Taylor, has also questioned what is going on.

I have to wonder whether there’s more to this than meets the eye.

Surely, even the most evil, scheming inHuman Resources abomination would not conceive of dismissing volunteers of many years standing in such a way, with no consultation, no notice, and locking the door in their face. Surely?

Pointing out that the story has led to “national, if not international, condemnation of York Minster”, the Lord Mayor adds: “A spectacular piece of foot-shooting which will disadvantage the Minster itself, as well as people involved in the Service of Remembrance, celebrants of Christmas, and New Year.

The Times sticks the knife in

National newspaper The Times sent a reporter to cover the story on Friday. The report appears in today’s edition under the headline York bell-ringers point the finger at ‘Vicious Viv’.

The paper has also penned a leading article, No bell prize – the volunteer campanologists of York Minster have been shabbily treated. In it The Times states:

For more than 600 years the bells of York Minster have rung out over Christmas. Today’s dean and chapter have evidently decided that is long enough…

The first question we are driven to ask is: how many bell-ringers does the city of York have that it can afford to dismiss thirty of them? Are there really dozens more lurking in the transepts? …

With enormous demands on a tight budget, it is difficult to understand why the Minster is recruiting paid professionals to do jobs that were previously done perfectly well for love. So never send to know for whom the bell tolls. In York, it isn’t tolling at all.

‘A wilful lack of understanding’

Writing in the Guardian, one of the bell ringers from the disbanded York Minster team James Sanderson says they were told that the decision was on health and safety grounds.

“This was a complete surprise as none of the ringers had been involved in any report, nor were we aware that it was being carried out,” Mr Sanderson writes.

“Most frustratingly, the Minster will not share this report with us or tell us what the supposed risks were.”

It is a tragedy that this shining example of how a ringing team should be run is now being destroyed by the actions of our own Dean and Chapter.

We feel that our Dean, the Very Rev Vivienne Faull, has demonstrated time and again a wilful lack of understanding of bellringing at the Minster.

Since her arrival in York in 2012, we have invited her to meet us on several occasions, but she has repeatedly not attended.

One of the first people to go public with the news of the axing of the bell ringing team was John Ridgeway-Wood.

He has been playing York Minster’s carillon bells – 35 bells operated by a wooden keyboard – since they were installed ten years ago. But he won’t be playing them any more.

John has criticised the Dean and Chapter for its decision. He told YorkMix on Wednesday that “the whole thing stinks”.

On Friday John received a letter informing him that he had been suspended from playing the carillon at the Minster because of his “intemperate” and “objectionable” comments in the media and on social media.

The letter, from Canon Precentor Peter Moger, said: “The suspension of your volunteering agreement follows a number of serious concerns about your ability to accept Chapter’s authority as the Minster’s governing body and to comply with its policies and procedures.”

It invited him to a meeting to discuss these concerns – but warned of he did not attend his volunteer agreement and relationship with the Chapter would have to be terminated.

He has no intention of going to that meeting and so it looks like he has played the cathedral’s carillon for the last time.

John said he felt the Minster was trying to silence its critics. “What they’re saying is, if you don’t agree with this either shut up or sod off,” he told YorkMix.

“They can’t accept any form of criticism at all.”

As a professional musician, John was one of the most senior carillon players at the Minster, and had been filmed by everyone from US TV to Celebrity Antiques Roadshow.

How did he feel about being forced to give up the Minster carillon? “It’s a bit sad. But in some ways, given the situation at the Minster, it’s also a bit of a relief.”

A spokeswoman for York Minster has said the bell ringing team was being disbanded as part of a strategy to professionalise the volunteers at the cathedral.

The Minster has also issued this statement:

It is critically important to ensure that there is a consistent approach to health and safety, governance and risk management across all of our volunteer teams.

In order to make these changes, we sometimes need to close existing volunteering roles so that we can move forward with the new processes. This is what has happened with our bellringers.

It also means that the main bells will be silent until we have recruited a new team in the new year. We recognise that this will be disappointing for the current team. However, they will be free to apply for the new roles as they become available.

Silenced: Anger and upset as York Minster axes bell ringers – and no more peals until next year