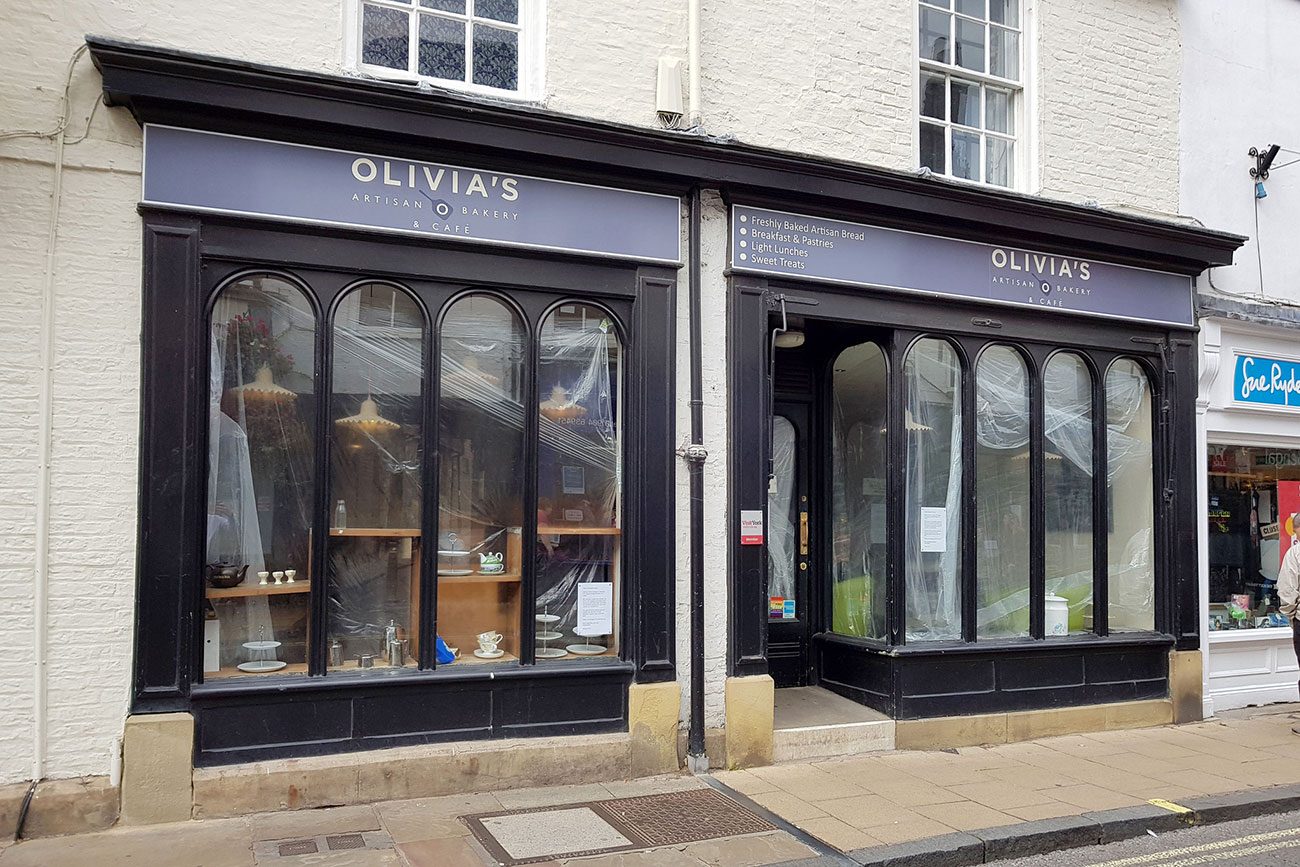 Going soon – but a new café is coming in its place. Photographs: Richard McDougall

Here’s the latest news from York’s ever changing high street.

First the goodbye. Olivia’s Artisan Bakery & Café on Goodramgate has announced it is closing. But it will reopen as a cafe with new owners.

A note on the door states:

When the café opened in 2015 in the premises previously home to the National Trust café, it was the seventh branch of a parent company based in Darlington.

But that company has been going through changes. The website British Baker reported last year how a group of investors stepped in to buy the assets of Olivia’s and re-employed all staff, creating new business the Great Northern Bakehouse.

The article said: “While Olivia’s had a combination of retail outlets and wholesale bakery, [Great Northern Bakehouse boss] Ian Cross said the new company planned to focus on wholesale”.

Other branches, including ones in Northallerton and Stokesley, have already closed.

And now onto York’s latest newcomer.

A business on Grape Lane is now being transformed into The Cheese Trader – “purveyor of Great British and Irish cheese”.

It is taking over the premises which used to house the Vertigo Restaurant.

Next door is El Piano – which is also about to make its own transformation. As we reported earlier this summer, the vegan restaurant is to close after 21 years.

It will be replaced by Los Moros – the restaurant run by Tarik Abdeladim, whose street food kiosk with the same name in Shambles Market has been such a hit.