There is something ridiculously satisfying about hurling an axe and hearing the ‘thunk’ as it cleaves into a piece of wood.

That is what you discover soon after your arrival at The Hilt in York.

And everyone can try it from tomorrow (Thursday 19 September). That’s when The Hilt, York’s first indoor axe throwing venue, opens its doors.

Believe us when we say this is about to become the city’s favourite new activity. With ten lanes, set out in five bays, as many as 60 people at a time can take part in an axe throwing game, trying to hit the wooden target from behind the red line.

You score three points for a bullseye, going down to one point if you hit the outer circle.

Strike the red dots in the top corners and you get a full seven points – the ‘kill shots’.

Anyone aged 13 and over can play.

The Hilt is the brainchild of Alex Cronin and Josh Goodwin.

Alex ran the 4Swings bar in Spark:York and wanted a new, permanent food and drink venue. He looked round the former Savers shop on Goodramgate, only to think it’s way too big.

Then he had a phone call from Josh. He said:

It costs £25 per person for a full hour.

But we have discount codes!

50% off for launch day only (Thursday 19 September)
Code: FIRSTVIKINGS

30% off for throughout September
Code: EARLYSETTLERS

And you can eat too

You can eat here without playing, and can play without eating – but food is very much part of the experience.
The Hilt

The dishes are Nordic inspired. Viking meatballs in a variety of flavours (£6.50) fried pickles and Nordic nachos are all on the menu.

They don’t have an alcohol licence yet. But soft drinks include mocktails, lavender lemonade and a chocolate and pineapple soda.

And even if the bar licence follows, it’s never going to be a drinking venue says Josh:

Alex says it could be a great start to a night out. “We’re looking to be the beginning of your big event.

“So if you’re in York on a stag or a hen do or something like that and going for a big meal later on, the idea is that you have your activity here first before you go out drinking. And you have your starter course, essentially.

Practice (20 min)
Players are given 20 minutes to warm up and practice. Coaches work with each individual, ensuring everyone is trained and comfortable. Players will learn single and two-handed throwing.

Competition (40 min)
It’s friendly. It’s fierce. And it goes something like this. 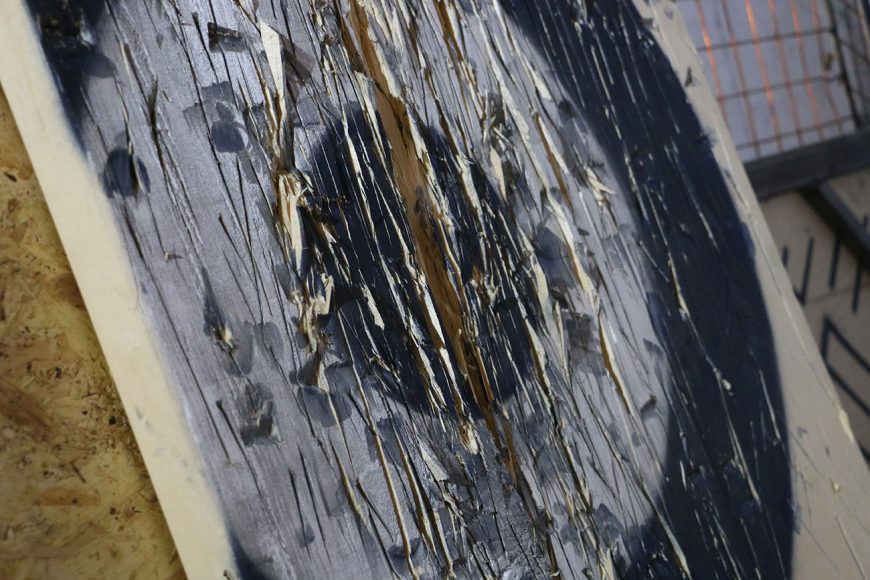