Simply stunning! Castle Howard transformed into Narnia for most awesome Christmas display yet

These jaw-dropping pictures show the immersive treat in store for families visiting Castle Howard this Christmas.

The stately home near York has become famous for its festive displays. And this year it has created the most stunning exhibition yet.

From tomorrow (Saturday, 13 November) visitors can explore Christmas In Narnia as Castle Howard becomes home to a magical world inspired by CS Lewis.

“Having missed out on welcoming visitors into the house last Christmas, we’re absolutely pushing the sleigh out this year to transform the house into the magical world of Narnia,” said Nicholas Howard.

“Starting their journey in the house of Professor Kirke, visitors will step through the wardrobe into the icy lands of Narnia where magic and adventure awaits.

“We’ve some wonderful surprises up our sleeves which will be revealed when we open that will send a frisson of excitement down the spines of our visitors.”

Once again, the displays have been created by Charlotte Lloyd Webber, Bretta Gerecke and their team of specialist designers, lighting experts and even a baublographer who will responsible for installing dozens of trees, thousands of baubles and tens of thousands of fairy lights for the special displays.

“Going back to the original books for inspiration for these displays has been fantastic,” says Charlotte.

“CS Lewis writes with such colour and attention to detail, and yet it has given us scope to put our own individual interpretation on this magical world to weave familiar parts of Castle Howard into the story.” 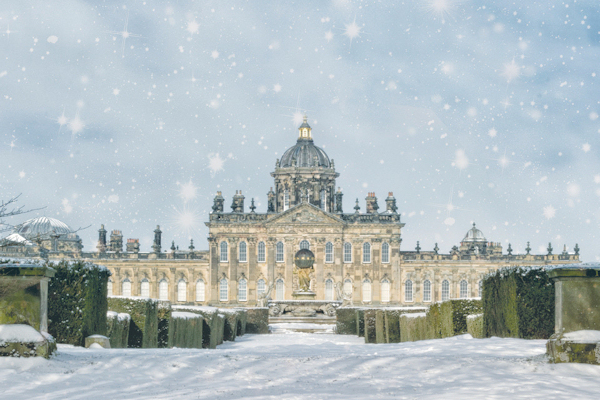 With fewer people per time slot this year to reduce crowding, the Castle Howard team will be opening the house later each day.

“In previous years, we’re hosted twilight visits on occasional evenings as we moved closer to the festive season, but this year, we’re adding soundscapes and projections which will look particularly spectacular as the daylight fades.

“We’re opening later every Saturday during the run, and Friday evenings too throughout December,” said head of marketing, Abbigail Ollive.