Having recently completed a national tour, selling out large venues such as the 2,300 seat O2 Academy in Leeds, this was a rare chance to see home-grown Brit Pop talent in an intimate setting.

The band donated money from ticket sales, bar proceeds and an eBay auction for the support slot to a very worthy cause. Altogether the gig is expected to raise thousands of pounds for SASH, the charity which prevents vulnerable young people from becoming homeless by offering them a room in a volunteer’s home.

Staffordshire band Hunters paid more than £1,100 for the honour of supporting the Sheds. Their polished warm-up tracks revealing musical influence from Nirvana to Motörhead.

Selling out the 450 capacity Fibbers pretty much on announcement, Shed Seven were guaranteed a warm welcome on Thursday night (July 7). But they didn’t take it for granted.

Audience engagement, energy, and enthusiasm were all in abundance from the off. Going For Gold, Chasing Rainbows and Disco Down saw the audience singing along to every word.

Lead singer Rick looked and sounded in his element. Paul (lead guitar), Alan (drums), Tom (bass) and Joe (guitar and keyboards), were obviously relaxed and enjoying themselves. Their on-stage chemistry in such a small venue made for a memorable gig.

The only moment that nearly fell flat was Alan’s landing after his legendary over-the-drums backflip. 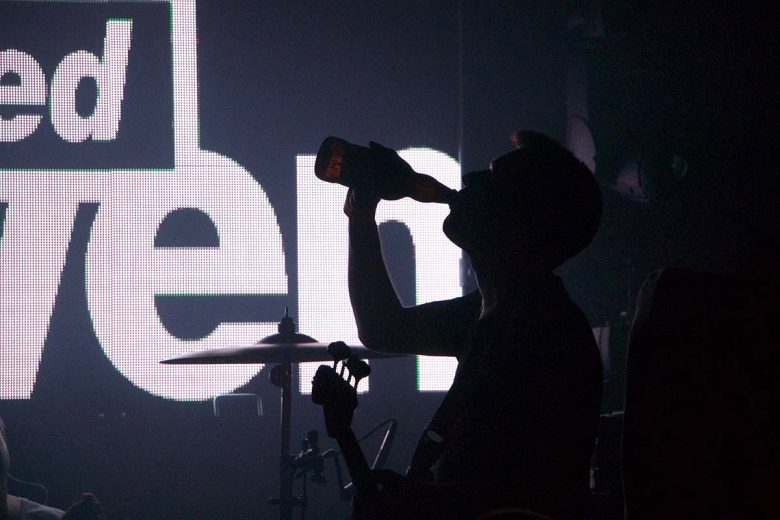