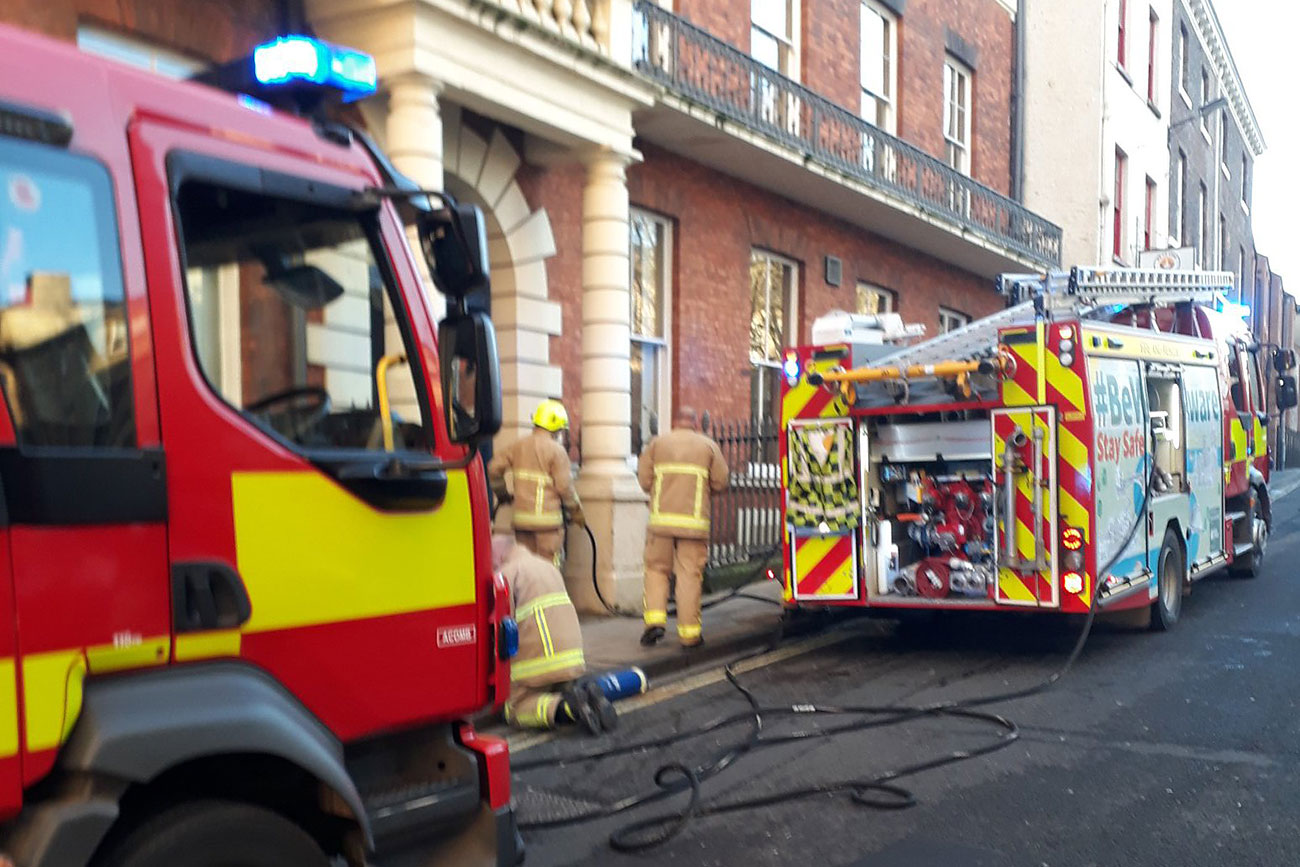 Fire crews have been called out to a building in York city centre.

Crews from York station responded to a call to a four-storey property on Tanner Row at about 9am this morning (Friday).

The building, home to the regional offices of Historic England, is directly opposite the Grand Hotel, and close to the City of York Council West Offices HQ.

Fire engines and the aerial platform were sent to the scene, after reports of a fire in the basement.

The building was evacuated, as firefighters wearing breathing apparatus investigated. Police were called to assist with traffic management while the street was blocked.

The York fire crew identified the cause as an overheated light fitting which set off the alarm. Emergency services have now left the scene and people have been allowed back into the building.