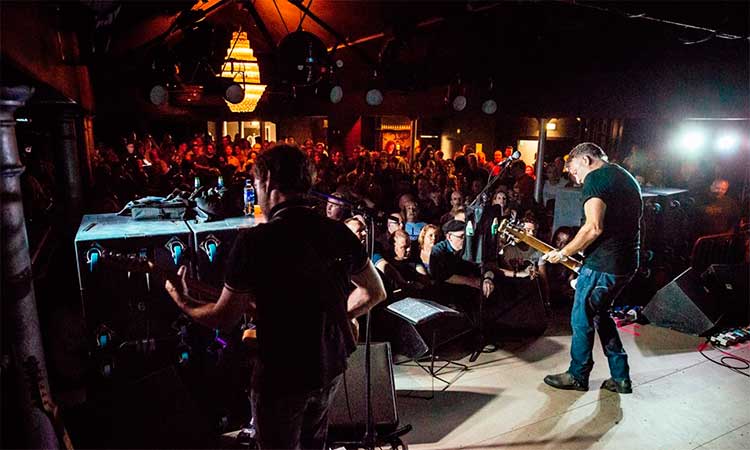 Legendary York live music venue Fibbers has left its home of 22 years and is setting up in a new part of town.

Fibbers, which has hosted some of the greatest names in popular music since opening in 1992, has quit Stonebow House for good.

Its new permanent home is Tokyo York on Toft Green, which is to be rebranded Fibbers with immediate effect.

Several Fibbers gigs have already been staged here, including Peter Hook & The Light, fronted by the New Order and Joy Division star, on Saturday (July 5).

The move comes after the owners of Fibbers, Middlesex-based Tokyo Industries, fell out with the landlords over a proposed “massive” price hike.

Artists who have played Fibbers

Although its present lease has another 22 months to run, the decision was taken to move straight away.

Another factor in the relocation is the cloud which hangs over the future of Stonebow House.

City of York Council took over the freehold of the building and land earlier this year, and said demolition has not been ruled out.

Tokyo Industries MD Aaron Mellor said: “We will be sad to leave Stonebow House, but with the lease expiry followed by the possibility of the whole building being razed to the ground, this move guarantees the future of Fibbers and live music in York.

“And it’s a much better space, as last week’s gigs have shown.”

Tim Hornsby opened Fibbers in 1992 and is responsible for booking artists for the venue through his company Mr H. He is staying on.

“I’ve been amazed at the reaction to the new premises – it’s been so positive,” he said. “We had three big shows last week in the new venue and everyone I spoke to said, ‘This is awesome’.

“It’s just like the old Fibbers – it has that feel.”


Fans can watch gigs from raised viewing levels on both sides or, if they favour the mosh-pit, head to the sunken area at the front.

The stage is also higher, which improves the visibility of bands, and there’s lots of seating.

“The sound is much better as well,” Tim said. “For bands the backstage areas and green rooms are exceptional.”

The Toft Green venue has a greater capacity. Old Fibbers could take crowds of up to 450, whereas the new version allows 500 in – and this could near-double following refurbishment work.

Fibbers will continue to operate its programme of shows from the new venue until it closes down for the refit in August.

A new stage will be constructed as part of the work.

Tim said he was uncertain whether any of the gigs already booked for August will be postponed. “There will be some disruption,” he said.

The new size will enable him to book a greater variety of acts.

“We’ll be able to get bands in who aren’t quite big enough for the Barbican but too big for the old Fibbers. So it actually pushes it up a level.

He added: “There’ll be the same sort of price structure.”

Tokyo Industries runs 22 music venues in the Midlands and North of England, and owns the Toft Green premises.