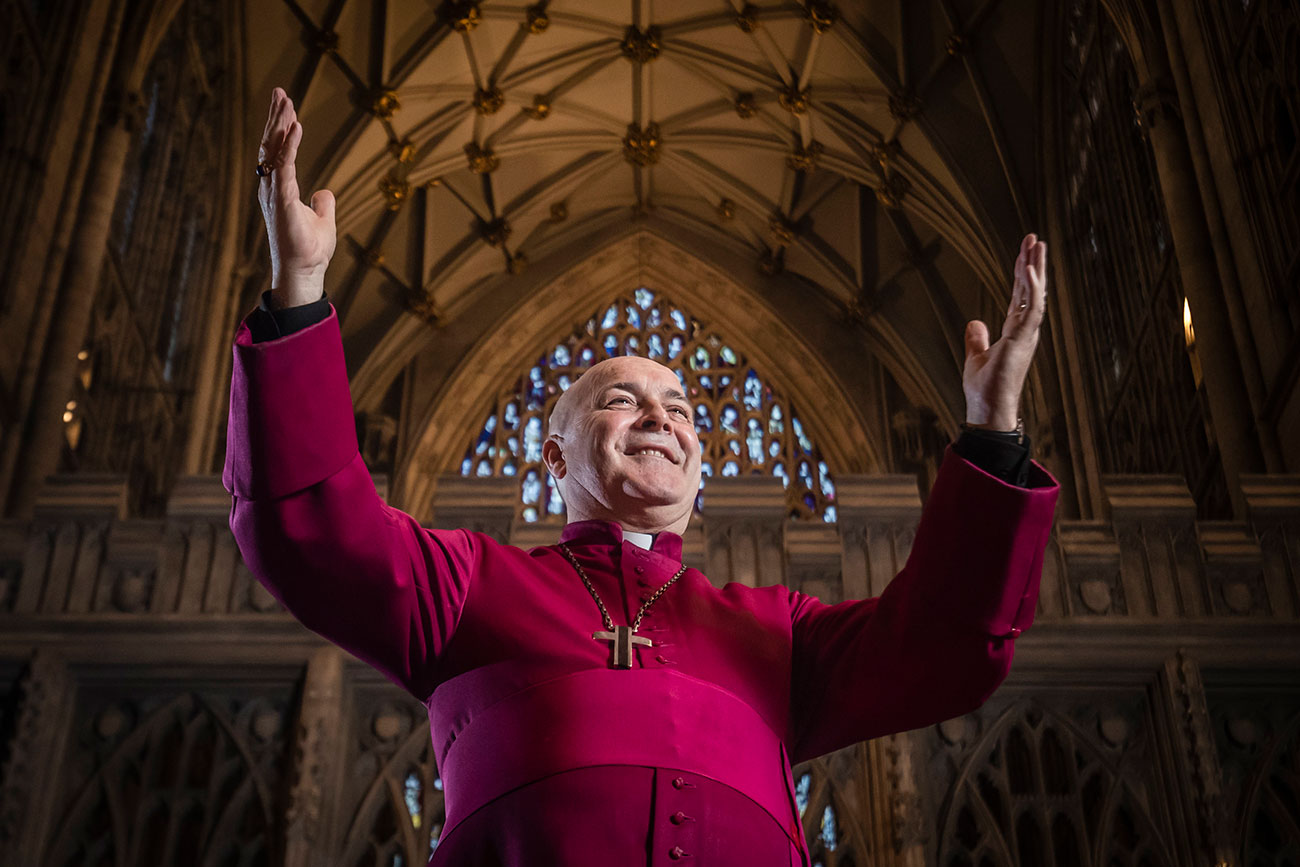 The next Archbishop of York has admitted the Church of England’s record on ethnic diversity “isn’t good” as he was announced as the successor to Dr John Sentamu, the church’s most senior black bishop.

Stephen Cottrell, the current Bishop of Chelmsford, will take on the role in June 2020, despite speculation it would go to a woman.

Speaking during a press conference in London on Tuesday, the married father-of-three renewed his calls for greater equality for black and minority ethnic (BAME) clergy in the upper echelons of the church, and said bishops “must take responsibility” for a lack of diversity.


He said he was “humbled and excited at the prospect” of becoming the 98th Archbishop of York, and said restoring faith in the church in the wake of historic child abuse allegations would be his “top priority”.

‘No place for homophobia’

Bishop Cottrell also pledged the church should welcome “absolutely everyone, regardless of their sexuality,” adding “there is absolutely no place for homophobia in the Church”.

The 61-year-old previously described how the church was “going backwards” in its approach to recruiting ethnic minorities to senior roles.

Acknowledging the issue on Tuesday, he said: “When I do hang up my mitre I hope the church will look different, it will look more diverse but our record isn’t good and, dare I say it, we bishops must take responsibility.”


Paying tribute to his predecessor, the bishop said:

He added: “I now look forward to returning and being a voice for the North, sharing the liberating good news of the gospel and helping to address the discrepancies of wealth and opportunity that too often favour the South.”

Speaking after his announcement on Tuesday, the married father-of-three said it is the Church of England’s job to “hold the politicians to account” on their one nation promises.

The country has been “defined… by how we voted one day in June,” he said, but is about to “enter into a new chapter in our life together” by leaving the European Union. He added:

Bishop Cottrell described “the last few years” as “not… terribly healthy”, and said: “There’s a job to do, which is to hold the politicians to account, to scrutinise what’s going on in our nation but also to be out there serving the needs of the poor and the marginalised, and being a voice for them.

‘The gospel in his belly’

He added: “Bishop Stephen Cottrell has the gospel in his belly and a tiger in the tank.”

Bishop Cottrell said it was was important that “survivors’ voices are heard” in the wake of claims being examined by the Independent Inquiry into Child Sexual Abuse.


Bishop Cottrell has also been vocal in calling for tolerance and understanding in the national debate since the Brexit vote and subsequent elections.

In August, he was among the signatories to an open letter to the Government from the Church calling on it not to leave the EU without a deal.

The Tottenham Hotspur supporter is described on his website as a keen writer, with interests in reading, cooking and music.

The role of Archbishop of York itself dates back to St Paulinus in 627AD.

The National Secular Society (NSS) criticised Bishop Cottrell’s appointment, pointing out he blocked an amendment that would have made it easier for the Church of England to conduct same-sex marriages.

NSS chief executive Stephan Evans said: “The appointment of Stephen Cottrell to the second most senior position in the Church of England is a reminder that our established church retains social attitudes which are out of touch with the views of the British people.

“This anti-gay institution shouldn’t lead our national ceremonies, have seats in our legislature or run state-funded schools. It should be disestablished so church and state can go their separate ways.”