The beer bible is out – so which of York’s many brilliant pubs have made the cut?

Edited by Roger Protz, – special guest at this month’s York Beer Festival – the guide celebrates the “remarkable growth in the brewing sector”

How are the pubs chosen? Members of York CAMRA (Campaign for Real Ale) make recommendations, and these pubs are monitored regularly. The quality of beer in each pub is checked, and a shortlist is presented to a York CAMRA meeting where the members vote on the final selection.

Where: 53 Fossgate
Beers include: Bradfield Farmers Blonde; Kelham Island Best Bitter; Rudgate Ruby Mild; Timothy Taylor Landlord
The guide says: “It has a new landlord, together with a friendly and welcoming atmosphere.” Where: Enterprise Complex, Walmgate
Beers include: Seven changing beers sourced locally – often Brew York’s own
The guide says: “Sit inside by brew tanks, on benches, or at high tables, or outside in the yard with rare views of the River Foss.” Where: 94 Micklegate
Beers include: Six changing beers sourced locally; often Bad Seed, Brass Castle
The guide says: “A small carpeted front bar overlooks busy Micklegate. A large back bar has six handpumps and real cider, and it has a large outdoor area to the rear, partly covered and with comfy seating.” Where: 75 George Street
Beers include: Copper Dragon Golden Pippin; Timothy Taylor Landlord; Wold Top Bitter
The guide says: “In the winter months you can warm to a real log fire in the front room, while the beer garden overlooking the ancient city walls is a delight in summer.”

Where: Patrick Pool
Beers include: 5 changing beers sourced nationally
The guide says: “The beautiful three-storeyed timber-framed building dates back to 1190. There is a Monday night quiz, a jukebox and occasional live music.” 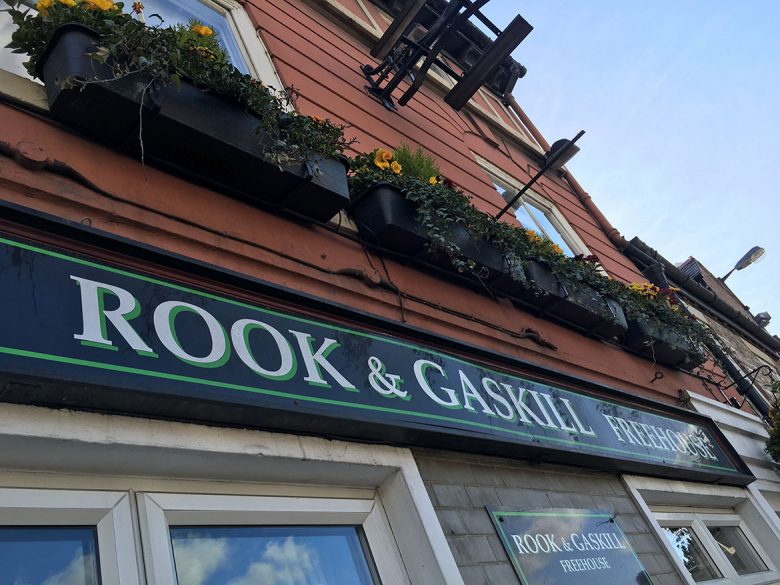 Where: 12 Lawrence Street
Beers include: Castle Rock Harvest Pale, 7 changing beers sourced locally
The guide says: “Just outside Walmgate Bar, this pub focuses on good-quality beer and cider at competitive prices, and is popular with locals, beer enthusiasts and the university community.”

Where: Clementhorpe
Beers include: Leeds Pale; Rudgate Ruby Mild; Timothy Taylor Boltmaker
The guide says: “Just outside the walls and close to river, this independent free house is a thriving local community venue with two bars, a snug and a sheltered courtyard and beer garden to the rear.”

Where: 16 Bishopgate Street
Beers include: Tetley Bitter; Timothy Taylor Landlord; house beer by Treboom
The guide says: “This is a thriving traditional street-corner pub with a typical West Riding-style drinking lobby, two bars and a snug. It is cosy, comfortable and unspoilt.” Where: 19 Lawrence Street
Beers include: Batemans XB, XXXB; Oakham Citra; 4 changing beers sourced nationally
The guide says: “Batemans-owned multi-roomed family-run pub. The bar area and front room have TVs showing BT Sport. The two rooms at the back of the pub are quieter and used by various local groups to hold meetings.”

Food, music, a special guest and 40,000 pints – York Beer Festival is back