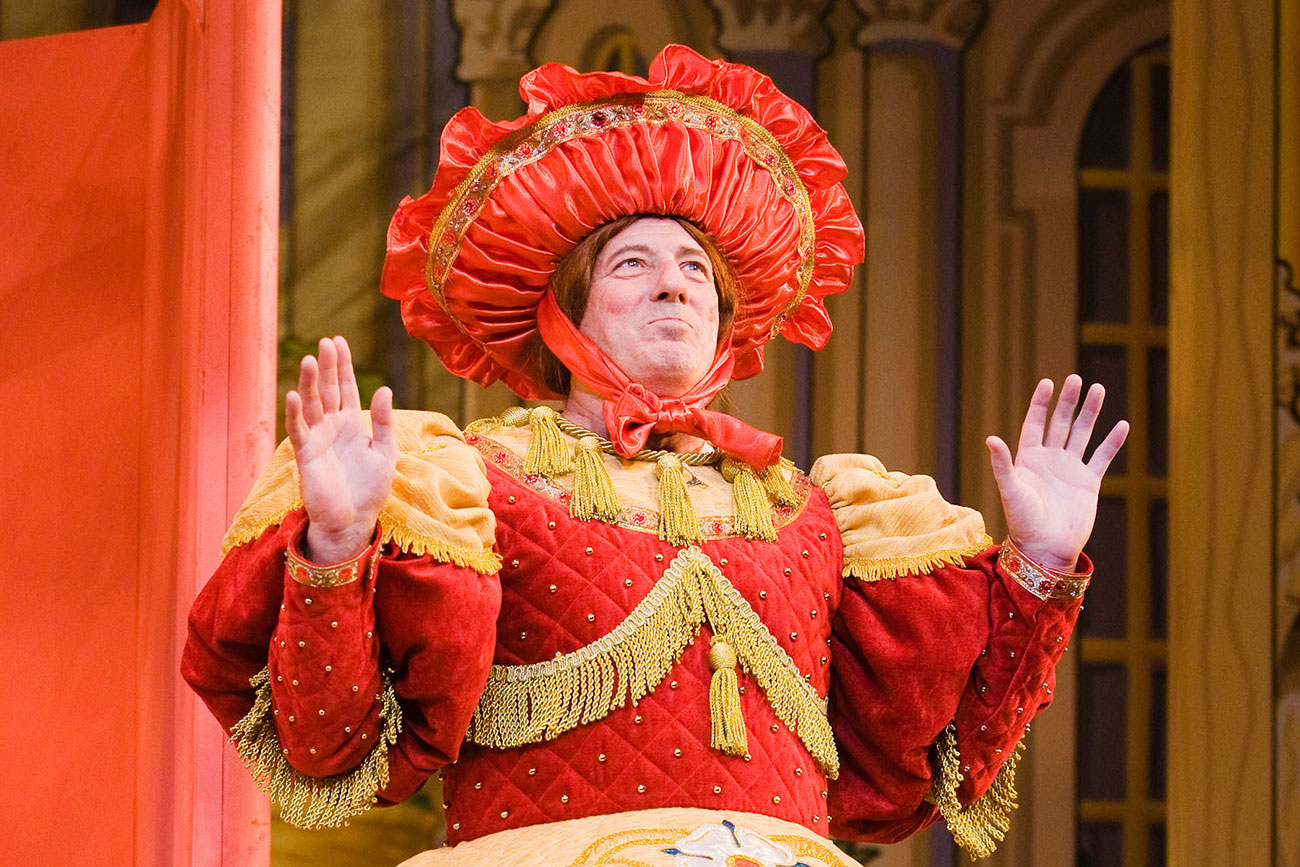 Ticket sales to the York Theatre Royal panto have ‘plummeted’ – and that is why it has to change.

Tom Bird, speaking on BBC Radio York, said that the panto is crucial to the theatre’s finances – and yet “the demand for it is collapsing before our eyes”.

That means out with the old, and in with the new – a new creative team to be announced on 3 February – and a new “fabulous and spectacular” panto for Christmas 2020.

Tom called the current show, Sleeping Beauty, “brilliant and joyous” and the cast were amazing. Nevertheless the show in its current form had to go:

Here’s what else Tom said, while talking to Adam Tomlinson on Radio York. You can listen to the whole thing here.

Ticket sales are in long-term decline

This year – the first without Berwick Kaler as the dame – they will sell just over 30,000 tickets.

Although there was a rise in sales for Berwick’s farewell show The Grand Old Dame Of York, generally sales were “plummeting down.” Tom said:

“The pantomime is massively important for us financially, as a lot of people have said.

“And it’s for that reason that we need to change what we are doing. The demand for it is collapsing before our eyes.

“There’s been this steady decline in bums on seats since 2008, so for 11 years – with the exception of the Berwick farewell show, which of course was a fantastic moment.”

He said the show was not doing well in comparison to some others.

“There are other cities in the UK, smaller than York, and similar to York, where the pantomimes are doing 90,000 tickets.

“They haven’t got the stars of Coronation Street in. They’re local actors doing it.

Berwick is not coming back

Berwick wrote and co-directed the current panto, and has said he’d love to return as the dame. Will he be involved in the next show?

“No. The idea is to move to a new writer and director. And Berwick’s been the writer and co-director over the years.

“The whole point is to move on from that.

“Again, despite all this, Berwick and I get on really well. I am in awe of what he’s done. None of this changes that.

“But the popularity of it is falling off a cliff.”

What happened with the cast

Martin Barrass said the four were told by Tom they would not be coming back, and they had been treated unfairly by the theatre. Today Tom said:

“What I’ve said to the cast is that we’re going to have a new writer and a new director on this show, for all the reasons I’ve talked about.

“What we’re not going to do is automatically offer roles to current regulars. We have to create a new, fabulous, spectacular pantomime within our own tradition.

“And we have to give the creatives who are doing that free rein to make something wonderful. And I know we can do that.

“If there’s a rule that you have to do this, and you have to have this person, they don’t really have free rein to make something spectacular, to sell 54,000 tickets like we did for Dick Turpin.”

‘No one’s been sacked’

“The guys said to me, ‘please tell us what the score is, so we get the chance to say goodbye if that’s what it is’.

“So that’s what I said. There’s no automatic offer – by the way, that’s completely normal in a theatre. No one’s been sacked. No one’s on a long-term contract.

“There’s been an unwritten thing that they would be back every year. And that’s why I wanted to make it clear to them, and be fair to them, and say – this offer that’s been a kind of automatic thing over the years, it’s not going to be automatically coming to you any more.”

There was no possibility of a U-turn on “taking a new direction” on the panto. But…

“I have said to the guys I am not slamming the door shut on any of them. If a creative team of any show – the pantomime or any show through the year – wants any of them, there’s no one happier than me, despite all this.

“I had a beer with Martin the other night. We get on.

“If any creative at the theatre says I want David Leonard, or Suzy Cooper, or Martin Barrass, or AJ Powell that’s brilliant.”

‘You have to reboot’

About Berwick, who was dame for 40 years, Tom said he was “in awe of what he’s done”. But he made the point that Berwick was the new creative force once.

“Someone said whatever we have is kind of falling away a little bit – please can you create something astonishing.

“And Berwick did that. He did something absolutely extraordinary. No one could have thought it would go on for as long as it did.

“This has to happen. This is just how life works. You have to renew, you have to reboot. That’s what we’re going to do.”

Crucial to the theatre’s finances

The money that the panto brought in was “really important” to the Theatre Royal.

“Every theatre outside of London, and some in London, is reliant if not on its pantomime then on its Christmas show to a massive extent.

“We are too. And that’s why we’re doing this. You can’t look at the future of the theatre, and look at a decline in bums on seats for the pantomime, and think ‘I can just leave this – that’ll be fine’.

“It’s been falling for a long time. And at some point someone was going to do this and take some action – and reboot it, and renew it, and create something amazing.”

What about the 30,000 people who went this year and feel it is an unmissable part of their Christmas?

“There are a huge number of people in the region. We want to welcome people in and say, this can be for you as well. You don’t have to have been coming for 25 years to get this. That’s really important.

“It’s a great Christmas night out – it’s really funny, it’s really spectacular – you don’t have to be in the club.”