Skip to content
Most of us are aware that York is twinned with Münster in Germany and Dijon in France. But the city’s latest twin town is a lot closer than either of those.

In fact it’s right under our feet – and the only travelling you’ll need to do is about thousand years through time.

That’s because the modern city of York is now twinned with its ancient forebear, Jorvik.

Using a time machine built in one of the spare rooms at the Guildhall, the council’s leisure supremo Sonja Crisp was catapulted back to the ninth century where she met with her Viking counterpart Vlad The Visitor Guide to make the formal arrangements.

Alas, we made that last bit up. 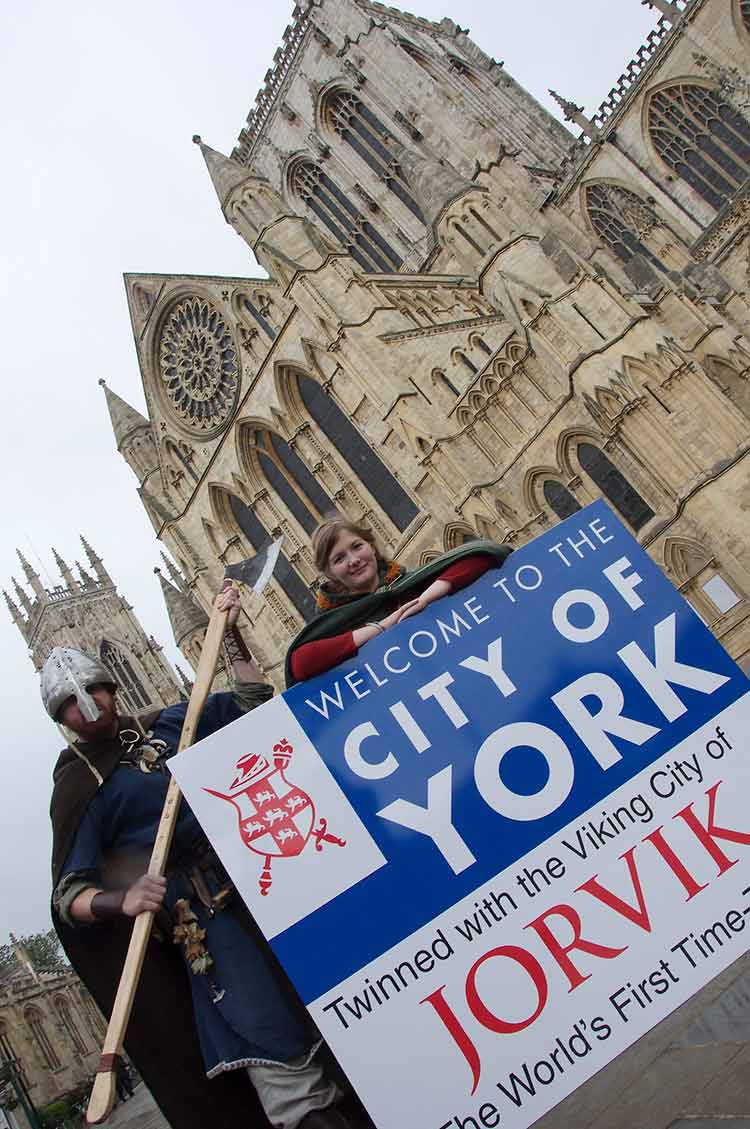 “The whole idea of twinning cities was to promote better understanding between different cultures, and to build economic links between two locations.

“We’ve been doing this for the last 30 years with the Viking city that stood where York is today, with visitors coming to the modern city to learn about the Vikings,” Cllr Crisp explained.

Millions of visitors have been brought to York since the discovery of Jorvik by York Archaeological Trust, and the launch of the Viking Centre on Coppergate 30 years ago.

The Jorvik Centre was one of the first “immersive experiences” as visitors journeyed through the ancient streets, seeing and even smelling what our ancestors did.

This has led to a greater understanding that the Vikings were not only fearsome warriors but settlers and traders.

“It seems fitting that, through this ‘temporal twinning’, York is recognising the cultural exchange that continues to take place,” said Sarah Maltby, director of attractions for the York Archaeological Trust which runs the Jorvik centre.

“Once again, York’s Vikings are bringing us a world first!”

The twinning will be marked by the installation of a new series of Welcome to York – twinned with the Viking City of Jorvik signs on major roads into the city, alongside a host of new Viking-themed educational and outreach programmes.