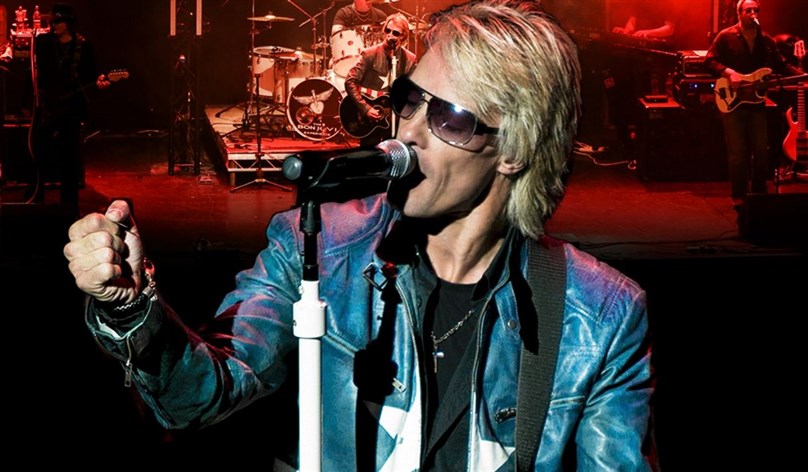 Our Bon Jovi Experience concert that was due to take place on 14 Aug 2020 has now been rescheduled for 30 Oct 2021. All tickets remain valid for the new date, please get in touch with your point of purchase if you have any questions.

Looking for the ultimate Bon Jovi tribute? Look no further than The Bon Jovi Experience, the official tribute band to Bon Jovi, endorsed by the man himself! As the only Bon Jovi tribute band in the world to have performed live with Jon Bon Jovi, don’t miss this outstanding tribute, fronted by a lead singer so familiar, you won’t believe he’s not the real deal!

“Have you seen this guy? He looks so much like Jon Bon Jovi, it’s freaky man!” – Chad Kroeger, Nickelback

As the world’s leading tribute act, The Bon Jovi Experience is often copied but never equalled. Recreating Bon Jovi Live in Concert, the band perform all the hits you know and love including, “Livin’ On a Prayer”, “Always”, “It’s My Life”, “You Give Love a Bad Name”, and many, many more.