Level 42: From Eternity To Here 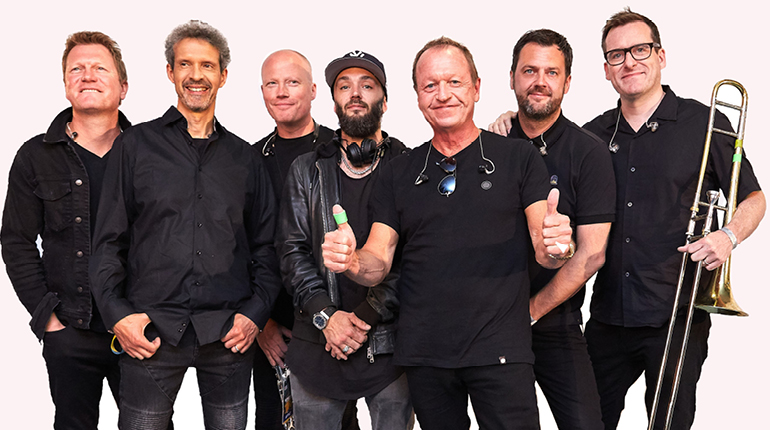 2019 proved to be another very busy year for Level 42, with the guys playing festivals from Quebec to Russia, Denmark, Holland, Germany, Switzerland, Ireland, and the UK, so the band could be forgiven for wanting to take things a little easier after 39 years in the saddle.

“No way!” says bassist and frontman Mark King; “Touring with the band this year has been about as much fun as I can remember having had on the road, and If you had asked me back in 1980 if I thought we would be selling out theatres around the world when I was sixty years old I probably would have laughed! Hand on heart, this year has been AMAZING. Re-invention can be a wonderful thing!”

The ‘From Eternity To Here’ 2020 tour will see the band take to the road with a string of festivals and concerts already in the diary.

To date, they have released 14 studio albums, 7 live albums, the Sirens’ EP, and 6 compilation albums, as well as 8 top 40 singles, sold-out Wembley Arena for a total of 21 nights and sold in excess of 30 million albums worldwide.

In short they have proven to be one of the most successful British bands of the 1980s, and with the recent re-issues of the bands vast catalogue on Universal Music, and the ‘Collected’ series on CD and Vinyl, it is clear they continue to be a benchmark for British Jazz Funk at the highest level.